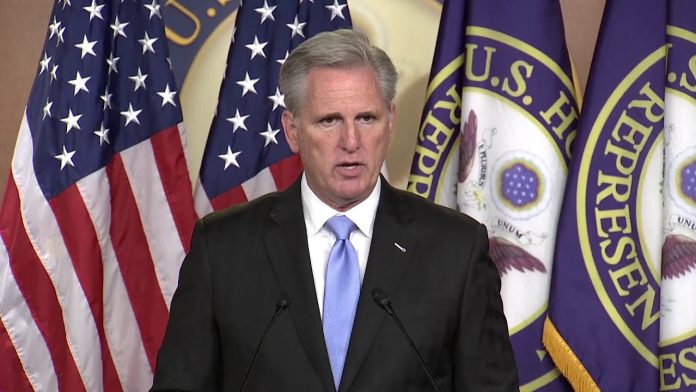 The top Republican and Democrat in the house cast are doubting the ability of Congress to pass a relief bill. There is still some expectation that the new coronavirus relief bill will release on July 28 to avoid all disruption of the main financial lifeline. According to Kevin McCarthy, House Minority Leader, it is next to impossible to get the bill ready by July. Additionally, he also expects that Congress will soon approve the legislation. As a result, the bill may be ready by the first week of August.

Unfortunately, if the legislator’s bodies are unable to pass a steady plan by the end of July, it will lead to massive damage. A huge amount of $600 for federal unemployment insurance benefits every week will face a temporary expiry. The same unemployment insurance is what keeps millions of people in America dependent on it. On one hand, the GOP wants to either reduce the sum or alter the policy. However, on the other hand, the Democrats believe that extending the assistance seems like a better idea. The major reason for believing so is because the rate of unemployment is more than 11% presently.

The legislative bodies are constantly working to find out an array of opinions about the most ideal structure of the bill. However, the biggest challenge is of course the pandemic that is still spreading like fire in the United States of America. The Congress finally went back to Washington for legislative discussions this week. However, the rise in numbers regarding active cases and deaths of COVID-19 seems to be the biggest barrier. As a result, several states, including that of McCarthy may either roll back or pause all plans of economic reopening anytime soon.

Demands of the Democrats and the Republicans

There was a call in which all House democrats along with Nancy Pelosi, the House Speaker was active on July 21. By the end of the session, Pelosi said that she was still hopeful that they may receive the much-awaited bill by July 31. Another representative who was a part of the elaborate call says that the Congress will have to vote on the legislation irrespective of whether the bill is ready by the end of July or not. On the other hand, Steven Mnuchin, Treasury Secretary shares with the media that he is hopeful about striking a legislative deal by the end of July.

Democrats are demanding a fantastic package that will cover the additional expenses of unemployed workers. Moreover, they want to send payments directly to people, provide essential workers with their hazard pay, help local and state governments now that there is a crisis. Besides, the democrats are wanting to help homeowners and renters as moratoriums on foreclosures and evictions start expiring.

On the contrary to the activities of the democrats, the Republicans are walking the opposite way. They are previewing proposals that are tax heavy. Plus, they are also trying to arrange for bonuses that can motivate people to come back to school and work. The list comprises off of other works such as protection of broad liabilities for businesses and organizations, and health workers during the pandemic. Mitch McConnell, Senate Majority Leader expressed to the media that he is aiming to introduce a bill within the upcoming few days, and it will act as a starting place. It will, therefore, lead to talk with democrats, and maybe pitch in support from the GOP caucus.

The following are a few of the provisions of the proposal in the relief bill presented to McConnell by the Republicans on July 21.

McConnel and McCarthy both attended a meeting with President Donald Trump, along with Mnuchin, and Mark Meadows, White House chief of staff on July 20. The meeting went on for long hours and ended the next day. On July 21, Meadows and Mnuchin joined in the Senate GOP Policy launch. Later, there was another meeting with Chuck Schumer, Senate Minority Leader, and Pelosi, which was held in the afternoon. Trump, in a press conference also sounded hopeful about concluding soon.

The fact is that the Republicans must reach a consensus within their political wing. Only after that can they come to a deal with the Democrats. President Donald Trump, after the meeting also suggests a payroll tax holiday. It is one of those proposals that Capitol Hill is usually very skeptical about. Moreover, Trump has shown disagreement about an additional generation of federal funding for coronavirus testing. However, the GOP leaders of Congress are in stern support of the same.

McCarthy was enquired about the viability of the payroll tax holiday in the final relief bill. To this, he said that he believes that the same will be one of the elements that will make it to the final relief bill. He later confirmed that there are a few differences of opinion between the parties and center at the moment. The main agenda creating a difference is about what is the best way of executing the entire plan for the relief bill. Moreover, the fact is that any kind of preview procedure may easily turn bitter since this is the election year.

McCarthy later went into an argument stating that he was sure about the bill not passing before August. For this, he blamed Pelosi, because according to him she will delay the process to include her priorities in the bill.

androclue.com is a participant in the Amazon Services LLC Associates Program, an affiliate advertising program designed to provide a means for sites to earn advertising fees by advertising and linking to Amazon.com.

Clicking on an Amazon link from androclue.com does not increase the cost of any item you purchase.

We will only ever link to Amazon products that we think our visitors may be interested in and appreciate learning more about.

Youcam Perfect is a camera app for Android smartphones and tablets. But, the difference between this camera app and other...